Here you will find information about the outcome of this year’s coordinated wage settlement between LO and NHO. We are very satisfied with the bargaining result. The bargaining committee, on which all of LO’s affected affiliates are represented, unanimously recommend you vote YES to the proposal.

The proposed new agreement secures
• A better AFP scheme than the present coverage
• AFP-supplements for workers in heavy manual jobs
• Increased purchasing power for all LO members
• Special wage supplements for low wage workers
• Improvements to the individual industry-wide agreements
• Clauses on travel, board and lodging expenses cleared up (applies to the United Federation’s Industry Agreement).

In this brochure you can read more about what we have achieved in the coordinated settlement and in the supplementary bargaining by LO’s affiliated national unions on adaptations to their specific needs. We would ask you to read the proposals carefully. More detailed information can be found on www.lo.no and on you national union’s website. You can also get more details by contacting LO’s district offices in your county or your national union.

You will now voice your opinion in a democratic ballot. It is your decision whether the proposed amendments are adopted or not. Your ballot is on the cover of this brochure.
The national unions organise the ballot among their members. Follow the instructions given by our local steward! The ballot will take place before April 26 2018. LO’s deadline for responding to the National Mediator is 27 April 2018.
We call on you to use your vote! Don’t let others take your decisions for you!

LO and NHO evaluated the current AFP scheme in 2017. The evaluation report shows that the AFP scheme works well for the majority of wage earners. Meanwhile, it is also a fact that the scheme has many gaps and deficiencies that need to be corrected. Many people lose their coverage through no fault of their own, even after many years of contributing through their AFP affiliated employer.

Changes to the current AFP scheme – closing the gaps
• The current regulations allow for leaves totalling up to 26 weeks, independently of the type of leave, during the last three years before you start taking out your pension. The regulations also allow for an additional 26 weeks of sick leave. The latter 26 weeks’ threshold is now raised by a full year, to 78 weeks. This means you can be sick for up to two years towards the end of your working life without losing your AFP pensions rights. This will extend the coverage to a large number of workers who fall ill after reaching the age of 60 and it will entitle more workers to early retirement under the AFP scheme.
• Under the new regulations, workers who are made redundant because of downsizing or bankruptcy and have accumulated full AFP rights during their term of notice, will be deemed active workers even if they do not work during their notice. This will secure the AFP pension rights of more workers affected by workforce reductions or bankruptcy towards the end of their working life.
• The amendments apply to persons born on March 1 1955 and later.

New, future AFP
The parties have agreed on the goals for a new AFP scheme that will close all gaps and offer greater security for future pensioners. AFP will become a benefit linked to the total time of service in AFP-linked companies. With full contribution time, the level of future AFP benefits will be in line with the current level. At the same time, the scheme will be more equitative and more predictable. It will be attractive to both workers and employers and contribute to a high level of unionisation. The benefits will continue to be the same for men and women.

Since the new AFP scheme is linked to the total time of service in an AFP-affiliated company and rights are acquired more gradually, the new scheme will be of great importance also to younger workers while closing the gaps that cause many to lose their entitlements towards the end of their working life. This makes the new scheme more predictable and more equitative. It will also offer greater security for future pensions.

More than twice the number of workers currently covered will be entitled to early retirement under the new AFP scheme.

The parties have agreed on the general terms of the new AFP scheme. Details will be hammered out place in a joint study in which the Government also takes part. The study is scheduled for publication in December 2018. LO aims to reach an agreement on the new the scheme in the 2018 biennial, limited settlement. LO members will be asked to vote on the new AFP in a national ballot.

The general terms of the new AFP model
The parties have agreed that a new mode shall include:
• Coverage on the current AFP terms for workers who have reached the age of 62 and qualify under the existing rules before the new scheme enters into force.
• Transition rules to ensure a smooth passage from the existing to the new scheme.
• The new scheme will be a qualification scheme that provides pension benefits based on the number of years the person has worked in a company bound by a collective agreement.

Financial sustainability
AFP is an important building block in the comprehensive Norwegian pension system and it is absolutely vital that companies and workers alike can trust the system now as well as in future. The AFP scheme is regulated by the collective agreement between LO and NHO, it is supported by a tripartite agreement based on a broad, political pension compromise, and the scheme is underpinned by a substantial and growing buffer fund. It is, however, not insured against risks that might arise if essential general or political conditions change or the social partners’ support for the scheme is substantially weakened. The parties therefore agree to increase scheme’s the funding rate and establish an agreed set of rules to protect the scheme from these risks. This is a joint responsibility.

Evaluation
The new scheme will be evaluated by January 1 2030.

Special supplements for workers in heavy, manual jobs
The life expectancy adjustments to the National Insurance scheme have had greater impact than expected. LO has secured an extra supplement for workers who are unable to remain active for health or other reasons. This benefit accrues to workers retiring at 62, 63 or 64 years of age and have no other earned income. The new scheme will come into effect on January 1 2019 and, when fully phased in, will amount to about NOK 25 000 extra per year till up till they reach the age of 80.

Who is covered?
Employees in companies bound by collective agreements in the trade union jurisdictions that are currently covered by the Severance Pay scheme.

This takes place in tandem with the AFP benefit being stepped down, with the phasing out of the compensation supplement and with the reduction of total benefits because of life expectancy adjustments. The phasing in of the supplementary benefit to workers in heavy, manual jobs will give a more stable total benefit to a larger number of cohorts.
• Workers born after 1963 are entitled to the full benefit
• The benefit is regulated in line with running payments from the National Insurance.
• The benefit ceases upon death or when beneficiary reaches 80 years of age.

The recommended proposal that is the result of the mediation entails a wage increase of 1 krone per hour for all workers. This amounts to 1950 kroner per year. The increase applies as of April 1.

Low-wage earners will receive an additional 2.50 per hour as of the same date. These workers thus get a total increase of 3.50 kroner per hour. The entitled low-wage earners are those covered by agreements under which last year’s average wage was less than 90 per cent of the industrial wage. Added to the general increase, the proposal will increase the earnings of these workers by 6 825 kroner per year.

The low-wage supplement has a good gender parity profile.

As part for the agreement, each of LO’s affiliates has bargained changes within the general maximum of 0.30 kroner per hour. The national unions have applied this increase in different ways in their jurisdictions.

There are also some individual company agreements that are listed in the protocol of the National Mediator. 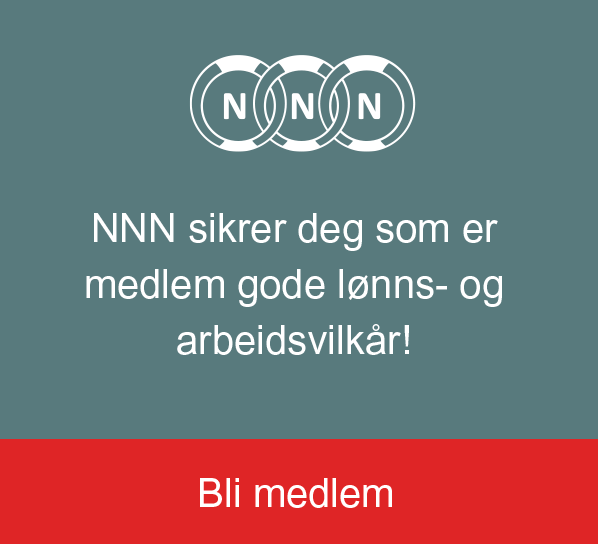